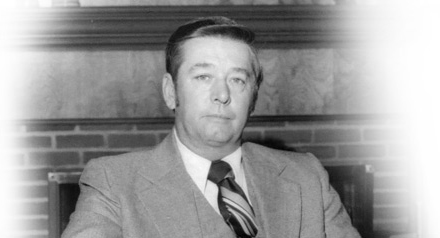 1929-2012Sterman Eugene Masser was born into a farming family and remained a farmer his entire life. He was one of seven children born to Clarence R. Masser and Maude M. Blyler. He married Geraldine Herring on September 10, 1950. Together they have four children, Keith Masser, Cynthia Bambara, and twins Kim Masser and Kay Chervanik. Kim died in an unfortunate drowning accident on June 1, 1980.

Sterman was educated in the Upper Mahanoy Township schools, Northumberland County and graduated from Pine Park High School. After farming for many years with his father and brothers, Sterman began farming independently in 1959, when he took a five-year lease on his Uncle Ralph Masser's property in Sacramento. In 1964, he purchased the property and continued to grow table stock potatoes, packing them for local supermarkets on a seasonal basis. In 1968, he built the first potato packing shed on the farm and due to customer demand, started packing year round. In 1970, Sterman and Geri formed Sterman Masser, Inc. to farm and distribute quality potatoes. Sterman served as President and CEO until 1980 when his son, Keith, became president and Sterman continued as CEO until he retired from the farming business in 1984. He then purchased Superior Preparation Company and served as CEO and President until 1994 when he sold the coal business.

Throughout his retirement, Sterman continued working at his family's potato farming business. He was very active in farm and marketing organizations, helping to start the PA Farmer's Association in Northumberland County and serving as their president. He was a member of the board of directors of the Schuylkill County Cooperative Extension Association, Member of PA Department of Agriculture, Fruit & Vegetable Inspection Association, Schuylkill County Farmer's Association, the National Potato Council and served as president of the Board of Directors of the PA Cooperative Potato Growers Inc. He also resumed his enthusiasm as a motorcyclist, riding his motorcycle from the Atlantic to the Pacific Oceans on Route 50, to Key West, FL and on a trip to the Panama Canal.

Sterman was an instrument rated pilot with commercial and flight instructor ratings. While a member of the Rajah Flying Club, he flew burn victims to the Shriner's Hospital Burn Center in Boston, MA. He was a member of the Valley Lodge 797 in Valley View, Millersburg Forest Tall Cedars of Lebanon, Rajah Shrine of Reading, the Valley of Harrisburg consistory. He was a member of the Millersburg Moose Lodge and Christ United Church of Christ in Leck Kill, where he had taught Sunday school, served as superintendent, and served on the church council.

As a community leader, Sterman was a member of the Hegins-Valley View Rotary Club, serving as its president and helped start the student of the month program. He served on the Hegins Township Planning Commission and was chairman for many years. He was a member of the Tri-Valley associate board of directors of the PA National Bank and served as chairman of its agriculture advisory board.